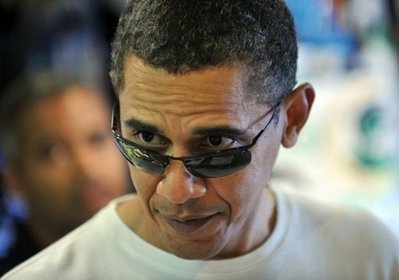 Ah, the never-ending lunacy of the District of Criminals.  If the true purpose of Congress and the White House was to wake up every single American in order to vote out every incumbent not following the Constitution, they are going to get their wish with their continued fiscal insanity which threatens the very stability of the nation.  Weimar Republic or Zimbabwe anyone?

The Dems want to raise the nation’s credit card limit to some $14.294  Trillion while Barry wants to limit what the banks are doing.  There has to be a piece of the pie in there somewhere for the federal government.  Does this clock have enough spaces on it?

Democrats seek to up debt ceiling by $1.9 trillion

Upping the ante just a day after losing their 60th Senate seat, Democrats moved Wednesday to seek a $1.9 trillion increase in the federal debt ceiling and give the Treasury adequate borrowing authority past November’s elections and into next year.

Republicans were caught off guard by the scale of the increase which follows a $290 billion short-term debt increase approved prior to Christmas. “That’s just escapism of the worst sort,” Sen. Judd Gregg (R.,N.H.) told POLITICO. But Democrats countered that their only alternative would be to give-in to a Republican strategy of forcing multiple smaller debt ceiling increases, designed to bleed them politically before November.

This perception was reinforced by a meeting Tuesday between Treasury Secretary Timothy Geithner and Senate Republican Leader Mitch McConnell (R-Ky.). By going now with the higher $1.9 trillion target, Democrats are making a high-stakes gamble that the party can pull together once more to put the debt ceiling issue behind them for this election year.

“We have to do this. The alternative is worse,” said Senate Finance Committee Chairman Max Baucus (D—Mont.) in a brief interview.

The alternative is worse…words to live by, yes? What would happen if we, as American citizens, did that in our own households?  Is it any wonder that Russia is moving it’s capital into Canadian dollars?

Meanwhile, back at Studio 54, (formerly known as the White House):

President Obama plans to propose new limits Thursday on the size and investments of large banks, a senior administration official said, as the White House intensifies its push to reframe its financial reform agenda as an effort to rein in the companies widely blamed for causing the economic crisis.

I assume no one from the White House heard what Mort Zuckerman had to say today on ‘Your World‘?

Although the details of the new proposal could not be learned, the president plans to announce a series of measures aimed at limiting the risks that large banks can take, according to the official, who spoke before the formal announcement on condition of anonymity.

The White House wants Congress to incorporate the proposal into reform legislation being considered by the Senate, the official said.

Once again, nobody knows exactly what is going to be proposed, (just like the rest of the closed door meetings), so we will have to wait and see just how heinous it is going to be.