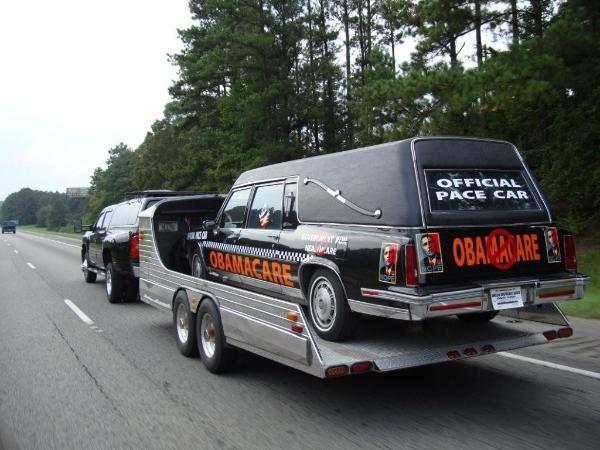 In a bill well over 2,000 pages, some of the insanity slips through the cracks. The Senate’s version of healthcare would allow insurance companies to set lifetime limits for benefits on existing policies while prohibiting those limits on new plans.  Is this another “nudge” to get the American people to give up their current healthcare plans and go with the government exchange?

A cadre of Democratic lawmakers and patient groups is urging congressional Democratic leaders to abandon plans to permit health insurance companies to set lifetime limits on their customers’ benefits.

In letters sent to House Speaker Nancy Pelosi (D-Calif.), Senate Majority Leader Harry Reid (D-Nev.) and the other senior Democratic lawmakers authoring the final version of healthcare reform legislation, 29 House Democrats and seven Senate Democrats press the leaders to adopt the House’s take on the bill, which would prohibit insurers from establishing a dollar cap on how much they will pay out during a policyholder’s lifetime.

Under the House-passed healthcare reform bill, insurance companies would be prohibited from establishing annual or lifetime limits on benefits. Although the Senate-passed bill also forbids annual limits, it would permit lifetime limits in existing insurance plans by “grandfathering” those policies while forbidding new plans from establishing them.

Throughout the debate on healthcare reform, Democrats have routinely promised their legislation would free people from the anxiety that high medical bills would lead to financial ruin, prompting some lawmakers and patient groups to protest when the lifetime caps were introduced into the bill this autumn.

“By preserving lifetime limits, patients in grandfathered plans will be left behind as strong patient protections are extended to those who are newly insured,” the senators wrote.

Both versions of the bill are POS, and the final version being hammered out behind closed White House doors is going to be even worse.