Move On Rolls Into Massachusetts To Save Martha Coakley 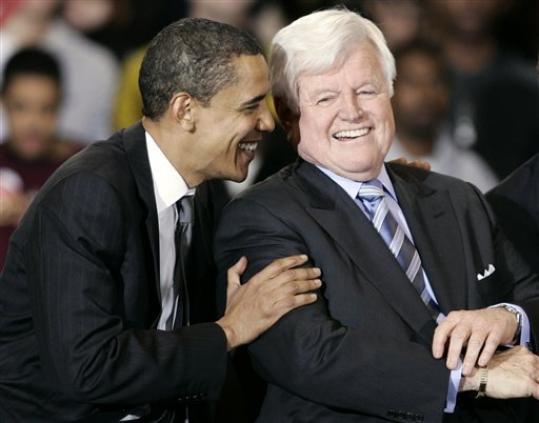 David already mentioned that Republicans have reason to be optimistic in the race for Sen. Kennedy’s former seat in Massachusetts and it appears that liberal activist group Moveon.org agrees.

“In 11 days, we could lose progressive hero Ted Kennedy’s Senate seat—and with it, any hope for passing major progressive legislation this year,” the urgent letter to activists reads, “We can’t let a right-winger take over Ted Kennedy’s seat because not enough progressives are paying attention.”

Friend,
The far left wing attack machine is stepping up to try and defeat our movement to win the Special

Election for the United States Senate on January 19th.  The radical MoveOn.org has decided to MoveIn to Massachusetts to try and help the lethargic Martha Coakley campaign gain some traction. The SEIU, the nation’s largest public employee union is also pouring thousands of dollars into this race to defeat our movement.
These groups like MoveOn.org and the SEIU along with the political machine in Massachusetts have an agenda to continue the reckless spending in Washington and to dramatically expand the size of government.
There is only one thing standing between these groups and their hope for a victory on January 19th, and that is you.
On Monday, January 11th we are having a moneybomb and I am asking for your pledge, right now. Once you make your pledge today, please return to RedInvadesBlue.com on Monday, January 11th to fulfill your pledge and make your contribution.
I refuse to let these far-left groups slow our momentum with their special interest money and I’m asking you to help us fight back, right now.
Our Brown Brigade is strong and our morale is high. Together, we have built a strong grassroots movement to win this special election for the United States Senate on January 19th and send a political shock-wave across the country and to the Washington establishment.
If we win on January 19th, it will deliver a devastating blow to the out-of-control spending bureaucrats and those that want a Government Run take-over of our health care.
You can send a strong message right now by going to RedInvadesBlue.com and making your pledge, right now.
To Victory,
Scott Brown

P.S. Our call from home application is a fantastic way to volunteer to reach the voters that we need to turn out on Election Day – it’s critical to inform OUR voters about Election Day being January, 19.