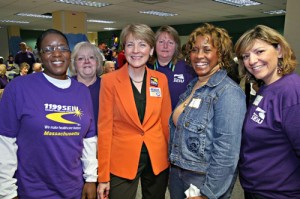 Rasmussen is reporting this morning that Martha, “I love SEIU and Obamacare”, Coakley is leading Scott Brown by 9 percentage points, down from 11 points a week ago. The online blogging campaign is have an impact, and although a Scott Brown win is still a longshot currently, that could change by the January 19, 2010 special election.

A new Rasmussen Reports telephone survey of likely voters in the state finds Coakley ahead of Brown 50% to 41%. One percent (1%) prefer some other candidate, and seven percent (7%) are undecided.

The special Senate election will be held on January 19 and special elections typically feature low turnout. That’s one reason the race appears to be a bit closer than might typically be expected for a Senate race in Massachusetts. Kennedy carried 69% of the vote when he was reelected in 2006.

Coakley, who was elected attorney general in 2006, defeated several other candidates to win her party’s nomination in a December 8 Primary. Brown, who has served in the State Senate since 2004, won the GOP Primary the same day.

The health care issue is expected to play a big role in the debate and Massachusetts voters hold modestly favorable attitudes about the proposed legislation. In the Bay State, 53% favor the plan working its way through Congress and 45% oppose it.

However, as is the case nationally, those who feel strongly about the bill are more likely to be opposed. The overall figures include 36% who Strongly Oppose the plan while 27% Strongly Favor it.

Why is healthcare so important?  Martha Coakley is FOR Obamacare and Scott Brown is AGAINST Obamacare.  Considering the low voter turnout effect and the energized republican base (who will turnout to vote), Brown could actually pull a win off and be the first Republican in Dead Kennedy’s seat since JFK. 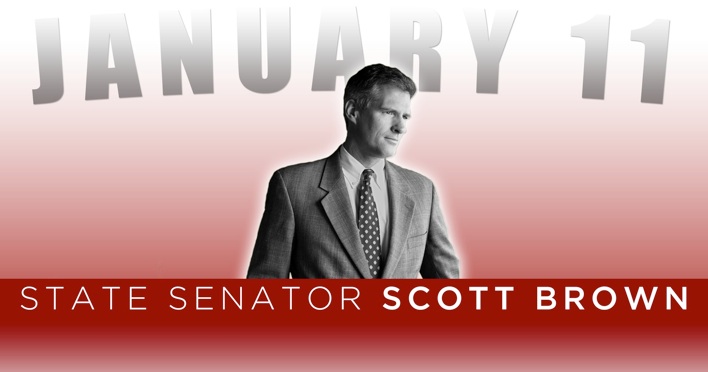 The  Money Bomb for Scott Brown is on January 11th, and the pledge site is here.

Time to put your money and time where your mouth is folks and donate and make calls for the candidate that can stop Obamacare by taking away Harry Reid’s 60 seat filibuster proof majority in the Senate.