Barney Frank: Fannie & Freddie Are Kind Of A Public Utility 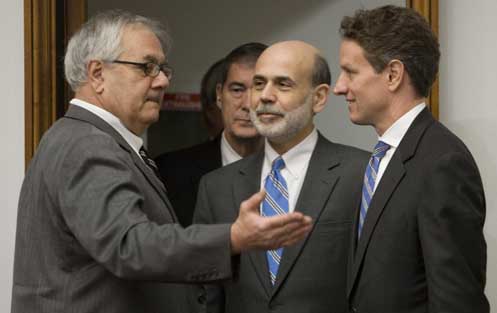 I know Barney’s statement comforts all of us and helps us to sleep at night in the knowledge that our government (being run by radical leftists) owns somewhere around 50% of the homes in the country.

Frank, the chairman of the House Financial Services Committee, asserted that the companies, which were taken over by the U.S. in September 2008, have become an extension of the government’s policy-making tools.

Frank made that claim in response to reports that the government may lose as much as $400 billion from its conservatorship of Fannie and Freddie, assistance that was made available when the home loan companies were put on the brink of collapse due to the subprime mortgage crisis.

Barney talks about the twins at 4:10.