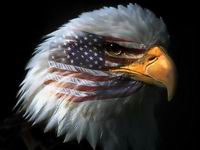 We are watching real history being made, not the history of the first mixed race president who was handpicked, groomed, and marketed to the sheep to be installed in the WH like so many puppets before him.

The Dems and Repubs both ignored us, and then attacked us, and now the movement that started in Seattle on February 18th, 2009 is coming into it’s own as the vehicle that will derail insider Washington politics.

The Tea Party Nation will be having their very first convention from February 4-6, 2010 at the Gaylord Opryland Hotel in Nashville, TN and Sarah Palin is slated to be the keynote speaker on Saturday.

Tea Party Nation is pleased to announce the First National Tea Party Convention to be held February 4-6, 2010 at the Gaylord Opryland Hotel in Nashville, TN. The convention is aimed at bringing the Tea Party Movement leaders together from around the nation for the purpose of networking and supporting the movements’ multiple organizations principle goals. This event will be co-sponsored by other national groups that believe in a responsible and limited federal government that is responsive to all the people. National Taxpayers Union, American Majority, Smart Girl Politics, and SurgeUSA are just a few of the organizations who will be on hand to contribute their time and talents to this convention.

Special Keynote Speaker for the event will be Sarah Palin, Governor of Alaska (2006-2009) and 2008 Republican Vice Presidential Nominee.

The convention will feature well-known speakers, workshops, seminars, information centers, and organizational tools for leaders to take back to their respective local Tea Party organizations.

The First National Tea Party Convention hosted by Tea Party Nation is happy to announce updates to the convention itinerary.

World Net Daily’s Joseph Farah and Fox News Contributor Angela McGlowan will be attending the convention and both will be speaking at the Friday evening dinner.

We are also very pleased to announce that Tea Party Express will be rolling in and joining us for the convention.

National Precinct Alliance will be in attendance and conducting a workshop on the importance of becoming Precinct Committee Chairs.

We would like to thank Eric Odom and American Liberty Alliance, Tea Party Emporium, The Leadership Institute and Eagle Forum for their support and Sponsorship of the Convention.