Now Who Is Living In “My Little Pony” World? 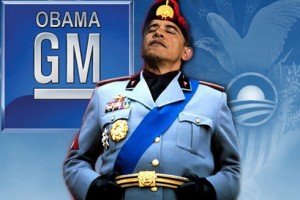 From Dan Balz of the Washington Post (who just settled into ‘My Little Pony World’):

With new priorities, Obama and Democrats can recover in 2010

No president gets a fresh start after just one year on the job. But given the size of the problems President Obama inherited and the battles he chose to take on during his first year, 2010 could provide an opportunity for something close to hitting the reset button — if he and his team are prepared to seize the opening.

The long and acrimonious legislative fight over health-care reform is nearing an end. Barring unforeseen circumstances, Obama will begin his second year in office with a signing ceremony on a historic piece of social welfare legislation. That won’t end the controversy over its provisions, but it will move health care from its dominant position in the national debate. What comes next will determine how well Obama can rebound after the hits he has taken.

The president, say his advisers, viewed health care as a once-in-a-lifetime struggle and a fight that could not wait. To have postponed it until 2010 would have meant trying to pass the bill in an election year. To have waited until 2011 would have risked having to take on the battle with reduced majorities in the House and Senate.

Like Democrats everywhere, White House officials are keenly aware that, after two elections in which the party made significant gains, losses will be inevitable in November. The health-care debate has damaged the president’s approval ratings and the cohesiveness of the coalition that elected him. The question is how significant.

Neither the president nor his advisers believe the political outlook — for Obama or the party — is as gloomy as some forecasters are projecting. They see the first months of the new year as a time for a pivot that will help restore his standing and help hold down losses in the midterm elections in November.

What are the elements that might allow that to happen?

First is to refocus on the economy. White House officials think the anger toward Washington around the country is far more the result of the economy and high unemployment than the health-care debate. But unemployment remains a pernicious political problem. Obama and congressional Democrats will make job creation their top priority in 2010.

You missed the boat Dan.  Here are two things that you won’t be hearing about in Washington, D.C.

WAKE UP DAN!  The party that has lost millions of jobs, squandered future generations’ wealth, and destroyed the Constitution with a health insurance mandate is going to lose the House, the Senate, and then the White House.  When elected, politicians are suppose to ‘govern’, not rewrite the entire rule book, or throw it out, as the case may be.