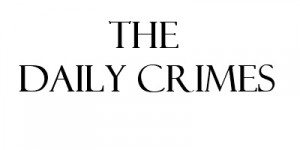 Just a few of the stories that are throwing gasoline on the fire of Americans’ anger.

In a bold but risky year-end strategy, Democrats are preparing to raise the federal debt ceiling by as much as $1.8 trillion before New Year’s rather than have to face the issue again prior to the 2010 elections.

“We’ve incurred this debt. We have to pay our bills,” House Majority Leader Steny Hoyer told POLITICO Wednesday. And the Maryland Democrat confirmed that the anticipated increase could be as high as $1.8 trillion — nearly twice what had been assumed in last spring’s budget resolution for the 2010 fiscal year. (emphasis mine)

The leadership is betting that it’s better for the party to take its lumps now rather than risk further votes over the coming year. But the enormity of the number could create its own dynamic, much as another debt ceiling fight in 1985 gave rise to the Gramm-Rudman deficit reduction act mandating across-the-board spending cuts nearly 25 years ago.

Putting America’s AAA rating at risk a couple months earlier is not going to save the corruptocrats.

Nelson also suggested he could support the package if the numbers come out favorably. “I’m not aware of anything that was raising serious objections about it. I think it was about, ‘Well, that sounds OK, but let’s see how it scores,’ ” he said.

Americans are raising serious objections to the health care reform bill coming out of the Senate.

The energized “tea party” movement, which upended this year’s political debate with noisy anti-government protests, is preparing to shake up the 2010 elections by channeling money and supporters to conservative candidates set to challenge both Democrats and Republicans.

Buoyed by their success in capsizing a moderate Republican candidate this fall in Upstate New York, tea party activists and affiliated groups are unveiling new political action committees and tactics aimed at capitalizing on conservative opposition to health-care reform, financial bailouts and other Obama administration policies. The goal is to harness the anger that led to hundreds of protests around the country from spring to fall, including a gathering of tens of thousands of protesters on the Mall in September.

One of the Virginia House’s most conservative members is seeking to insulate the commonwealth from national health care mandates, submitting the first in what could be a flurry of bills to defy the federal government next session.

Del. Bob Marshall, R-Manassas, filed legislation — dubbed the “Virginia Health Care Freedom Act” — proposing to block federal requirements that would fine residents for going without health insurance. The individual mandate is included in health care overhaul legislation passed by the U.S. House, which is now under consideration by the Senate.

Marshall’s legislation would also “protect an individual’s right and power to participate or to decline to participate in a health care system or plan,” according to the bill’s summary.