Is TurboTax Timmie Geithner Going Under The Bus? 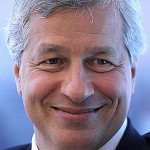 Will it matter?  Nope.

Are they driving us off a financial cliff?  Yep.

Will we survive?  Yep.

Mr Dimon, who successfully steered the banking conglomerate through the choppy waters of the global financial crisis, is thought of as a strong candidate to take over from Mr Geithner when the time comes.

Although any potential new appointments are not being openly discussed by President Barack Obama‘s administration, a whispering campaign surrounding Mr Dimon led to a prominent article in yesterday’s New York Post concerning the issue.

As support for Treasury Secretary Timothy Geithner wanes on Capitol Hill amid frustration with the Obama administration’s handling of the economy, JPMorgan Chase CEO Jamie Dimon is emerging as a potential replacement.

Sources tell The Post that a number of policy makers have begun mentioning Dimon as a successor to Geithner, whose standing in Washington has suffered because of the country’s high unemployment rate, the weakness of the dollar, the slow pace of the recovery and the government’s mounting deficit.

Last week, Geithner faced a withering attack from some Republican members of the Joint Economic Committee, getting into a testy exchange with one congressman who at one point asked Geithner if he would step down.

Dimon, meanwhile, has achieved rock star status during the financial crisis, having navigated JPMorgan through the recession and being a go-to guy when Uncle Sam last year needed Wall Street’s help during the collapses of Bear Stearns and Washington Mutual.

Furthermore, while many bank chiefs are facing heat over outsize bonuses, Dimon has repeatedly made clear he won’t write fat checks to attract or keep talent.