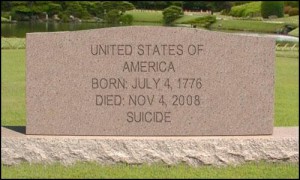 The following excerpt is from the best article I have read in months.  Make sure to go over and read it in it’s entirety.

Can Barney Frank Dunk on Lebron? No, he cannot.  Nor can anyone else in Washington.  Nor can they catch passes from Ben Rothlisberger in the Super Bowl or strike out Derek Jeter in the World Series.  They are not equipped to do so.

This ridiculous visual image speaks to the business malaise infecting the economy since Obama took office.  The point is that politicians are equally ill equipped to run the auto industry or the health industry or the lending industry or the insurance industry — and their determination to do so is sucking all the dynamism from the entrepreneurial class in this country.

With the threat of this administration and congress, what is the possible motivation for anyone with ideas and capital to invest their time, talent and money into a risky endeavor?  There appears to be none.  In fact there appear to be powerful incentives not to invest any time and treasure — thus an economy with almost zero creative inertia.

For Obama voters, almost zero creative inertia means almost no one is having bright ideas, starting businesses based on them and hiring employees to help share the dream.

A professional sports league featuring Barney Frank, Chris Dodd, Dennis Kucinich and Robert Byrd is not an enterprise that can successfully draw investors or paying customers nor will it command media attention as anything resembling excellence. The entrepreneurial class in this country looks at a governing class in Washington today and sees a bunch of misfit incompetents who are determined to play starring roles in every nook and cranny of the economy.

Yet they continue to pass laws and speak to reporters about all they are doing to create or save jobs.  Yeah, right.