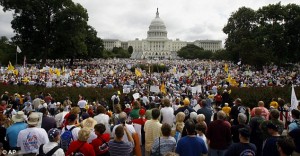 Most readers by now have seen this UK article:

Up to two million people marched to the U.S. Capitol today, carrying signs with slogans such as “Obamacare makes me sick” as they protested the president’s health care plan and what they say is out-of-control spending.

The line of protesters spread across Pennsylvania Avenue for blocks, all the way to the capitol, according to the Washington Homeland Security and Emergency Management Agency.

People were chanting “enough, enough” and “We the People.” Others yelled “You lie, you lie!” and “Pelosi has to go,” referring to California congresswoman Nancy Pelosi.

What you aren’t hearing is that the march stretched from the Capital to the Lincoln Memorial.  Are you ready for this great time lapse of the march I was directed to on Rhetorican?

Dear readers, I will leave you tonight with just a few more photos as I am crashing hard. Tomorrow will be the photos and commentary.

We all made history today! 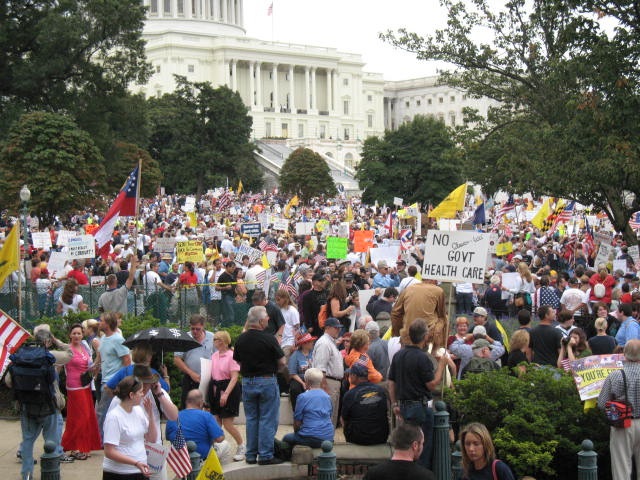 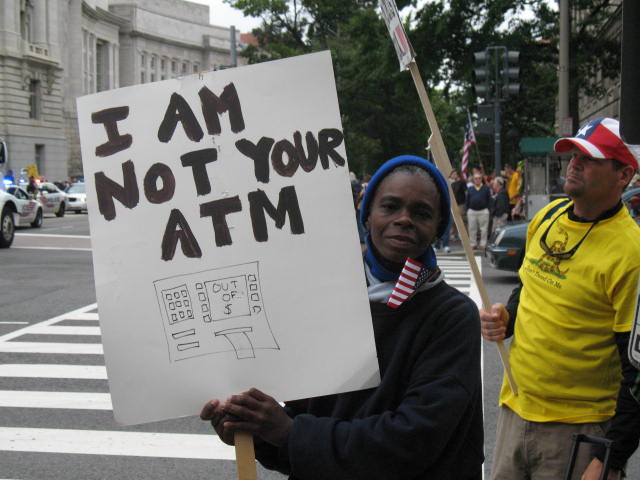 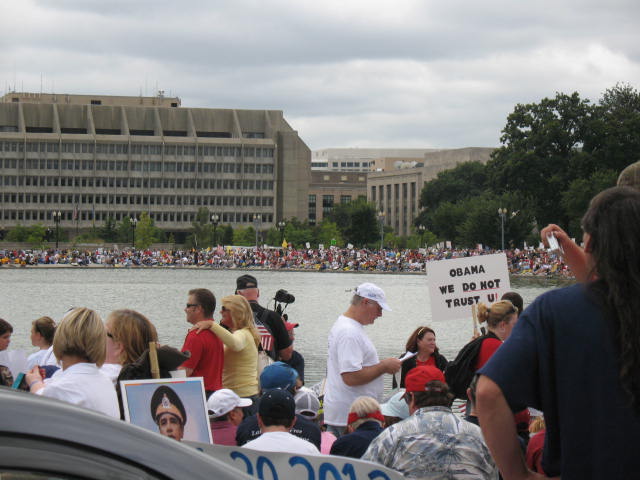 (Look at the people across the water)