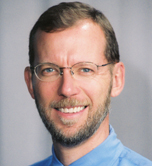 Yesterday, the director of the CBO, Douglas Elmendorf, (also a former senior fellow at the Brookings Institute 2007-2009), was “invited” to the White House to meet with the resident’s “key budget and health advisors”, and outside experts to discuss “achieving cost savings in health reform”.

I am supposing that people would not be making such an issue about this visit if it weren’t for Bambi’s Chicago thuggery record.  Here are just a few examples and don’t be fooled by the titles:

Republicans on Wednesday criticized as inappropriate a meeting President Obama held Monday with the director of the Congressional Budget Office, Douglas Elmendorf.

Elmendorf, a Democratic appointee, has been a thorn in the side of President Obama and congressional Democrats for the way he has analyzed health care reform legislation. In their view, Elmendorf hasn’t sufficiently given their health care reform proposals enough credit for cutting costs – which has caused them political problems in getting the legislation passed. Last week, frustrated at one analysis by Elmendorf, Senate Majority Leader Harry Reid, D-Nev., snapped, “what he should do is maybe run for Congress.”

“No one blames Mr. Elmendorf for accepting an invitation from the President of the United States,” House Minority Leader John Boehner, R-Ohio, said in a statement.“The issue is whether it was appropriate for the White House to invite him to discuss pending legislation before Congress at all.”

CBO is tasked with providing “objective, nonpartisan, and timely analyses to aid in economic and budgetary decisions on the wide array of programs covered by the federal budget.”

The White House flatly rejected the idea that there was anything untoward about the invitation or the meeting, which took place on Monday for just under an hour. In addition to the president and Elmendorf, present in the meeting were White House officials such as Assistant to the President for Legislative Affairs Phil Schiliro, Director of the White House Office of Health Reform Nancy-Ann DeParle, Office of Management and Budget director Peter Orszag (a former CBO director himself), National Economic Council Director Larry Summers, chair of the Council of Economic Advisers Christy Romer, senior adviser David Axelrod, and press secretary Robert Gibbs.

Others were there as well, including Department of Health and Human Services adviser Meena Seshamani, Harvard University economist David Cutler and Alice Rivlin of the Brookings Institute, who was founding director of CBO from 1975-1983.

Wow, a heck of a list of heavy hitters.  Once again, for those of you new to the Monster, check out the links on the backgrounds of these people.

Phil Schiliro, Nancy-Ann DeParle, here and here, (check out JP Morgan Chase and Covington & Burling – a Pilgrims Society law firm), Peter Orszag, Larry Summers, Christy Romer, David Axelrod, Meena Seshamani, David Cutler, Alice Rivlin (a former Vice Chairman of the Federal Reserve), and not to be left out, the Brookings Institute, here and here.  If you haven’t taken the time to research the Brookings Institute – now would be the time.  Brookings is tied to everything.

From my The Fed page:

Paul Warburg became known as a persuasive advocate of central banking in America, in 1907 publishing the pamphlets “Defects and Needs of Our Banking System” and “A Plan for A Modified Central Bank”. His efforts were successful in 1913 with the founding of the Federal Reserve System. He was appointed a member of the first Federal Reserve Board by President Woodrow Wilson, serving until 1918.

He became a director of the Council on Foreign Relations at its founding in 1921, remaining on the board until his death. From 1921 to 1926 Warburg was a member of the advisory council of Federal Reserve Board, serving as president of the advisory council in 1924-26. He was also a trustee of the Institute of Economics, founded in 1922; when it was merged into the Brookings Institution in 1927, he became a trustee of the latter, serving until his death.[8][9]

So you see the connections from the past to the present through Aldrich, Rockefeller, Warburg, The Council On Foreign Relations and the Brookings Institute?

But back to the thuggery story:

Gibbs described the meeting as a way to discuss ways to reduce health care costs, with no discussion of the CBO methodologies that have annoyed Democrats in their drive to pass health care reform legislation.

Former CBO director Douglas Holtz-Eakin, a Republican appointee who advised the 2008 presidential campaign of Sen. John McCain, R-Ariz., said that he never had a private meeting at the White House during his time helming CBO, from 2003 to 2005.

“The only appearance could be that they’re leaning on him,” Holtz-Eakin said. “CBO was created for Congress, for independent analysis. The White House did him (Elmendorf) a terrible disservice.”

This is what the CBO has said about Bambi’s DeathCare:

Congress’ budget watchdog warned Thursday that Democrats’ health care bills would not lower skyrocketing costs and would drive up government spending, undermining one of President Obama’s chief arguments for the overhaul.

Congressional Budget Office (CBO) Director Douglas Elmendorf said the plans already released by the House and Senate would keep costs rising at an unsustainable pace, fueling criticism from Republicans and some conservative Democrats that the overhaul will bankrupt the country.

I keep stating that the takeover of this country started some 100 years ago and finally people are catching up.  The Pilgrims are behind the CFR, Brookings, AIG, and numerous other think tanks.  Stop worrying about George Soros.

UPDATE: Cavuto Video About This Meeting:

Bad Behavior has blocked 1772 access attempts in the last 7 days.