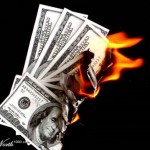 Congress is going great guns with their “let them eat cake” program.  For those of you that are just landing on The Monster, make sure to check out the related link at the bottom, “H.R. 2918; THE Reason Congress Thinks We Are Stupid” for even more information on just how much our non-representative, lawmakers are soaking us for.

Spending on Taxpayer-Funded Trips Rises Tenfold; From Italy to the Galápagos

WASHINGTON — Spending by lawmakers on taxpayer-financed trips abroad has risen sharply in recent years, a Wall Street Journal analysis of travel records shows, involving everything from war-zone visits to trips to exotic spots such as the Galápagos Islands.

The spending on overseas travel is up almost tenfold since 1995, and has nearly tripled since 2001, according to the Journal analysis of 60,000 travel records. Hundreds of lawmakers traveled overseas in 2008 at a cost of about $13 million. That’s a 50% jump since Democrats took control of Congress two years ago.

The cost of so-called congressional delegations, known among lawmakers as “codels,” has risen nearly 70% since 2005, when an influence-peddling scandal led to a ban on travel funded by lobbyists, according to the data.

In mid-June, Sen. Daniel Inouye (D., Hawaii) led a group of a half-dozen senators and their spouses on a four-day trip to France for the biennial Paris Air Show. An itinerary for the event shows that lawmakers flew on the Air Force’s version of the Boeing 737, which costs $5,700 an hour to operate. They stayed at the Intercontinental Paris Le Grand Hotel, which advertises rooms from $460 a night.

The lawmakers were invited to a dinner party at the U.S. Embassy and had cocktails at a private party at the Eiffel Tower. Mr. Inouye attended a dinner sponsored by the Aerospace Industries Association, a U.S. trade group. Another senator on the trip, Alabama Republican Sen. Richard Shelby, took a cruise on the River Seine with defense-industry executives and elected officials from Alabama, Mississippi and Florida.

The congressional trips are possible thanks in part to an unlimited fund created by a three-decade old law. Nearly two dozen government officials work full-time organizing the trips. Much of the costs are not made public, including the cost of flying on government jets. The Air Force maintains a fleet of 16 passenger planes for use by lawmakers.

Documents obtained by the Journal show that the cost of flying a small group of lawmakers to the Middle East is about $150,000. Larger trips on the Air Force’s version of the Boeing 757 cost about $12,000 an hour. Two federal agencies pay for most of the travel — the Defense Department and the State Department.

Then you add the $3.1 Million each and every house rep gets to run their offices, we all know why they are willing to walk on fiery broken glass to get to Washington DC.

Ladies and Gentlemen: Are You Ready To Fire Congress Yet?