Who Is The Government? I Thought It Was We The People…

Ron Paul questions Traitor Bernanke today at Congress’ Joint Economic Committee, and we get the phrase, “…I will resist any attempt to dictate to the Federal Reserve how to make monetary policy…” Obama doesn’t run this country, Bernanke does, and has been for quite some years.  Remember, there has been some 20 recessions and 1 Great Depression since the Federal Reserve started dictating monetary policy and “stabilizing the economy”.  If these guys worked for me, I would have fired them long ago – but wait, don’t they work for us?  Only in name…

The Federal Reserve only ranks #2 to the Patriot Act on my list of scam organizations and laws that need to be repealed! 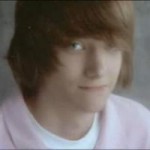