The Blob Is Spreading 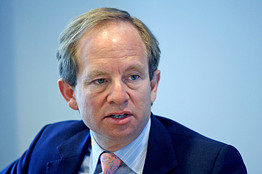 How many of you remember the movie “The Blob”? I swear that movie is the only way to describe what I keep finding.

I was not planning on writing anything for a few days because I am reading and background processing some information that I received over the weekend and trying to integrate it into the whiteboard web, but I could not let THIS go by.  My loyal readers will know exactly where I am going with this.

Steven Rattner, co-founder of private-equity firm Quadrangle Group, is joining the Treasury Department as a counselor to Treasury Secretary Timothy Geithner, and will lead a team advising the Obama administration on the troubled automobile sector, according to a person briefed on the matter.

Steven Rattner, as well as Lawrence Summers and Timothy Geithner are all Council on Foreign Relations members.  Can someone do the math and tell me the odds of that?

I forgot to add something here for everybody that is just joining us.  You may be asking why I think the Council on Foreign Relations is just such a bad organization?  Go here, get a taste…