You Know It Is Bad When The Tabloids Are Getting It Right! 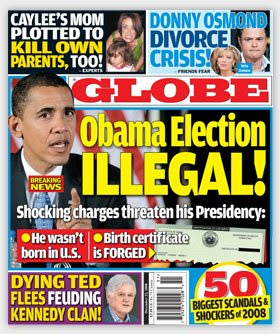 This just reminds me of Tommie Lee Jones and Will Smith of Men In Black talking about how the best tips come from the tabloid news.

I want to thank Shtuey for giving permission to reprint this article.  I could not have said it better….

Just when you thought Pampers was going to get away with it, GLOBE breaks the story WIDE OPEN!  It took the National Enquirer to break the Edwards Can’t Keep It In His Pants story, looks like gossip rags are scooping the MSM again!
I’m going to vomit…AGAIN!!!