The Scope Of The Constitutional Problem We Face…. 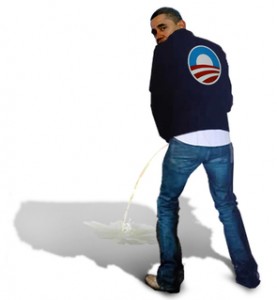 Let’s posit that The One is something other than a natural born citizen.  I know that a good portion of the American public is not as stupid as the powers that be would like to think.   Newsprint and Television are now being challenged by everyday citizens with the Internet as their weapon of choice.  This is such a huge scam that I really do believe that The One believes that we will allow him to get away with it because the audacity of it falls under the category of “It Must Be Tinfoil Hat!”.

Have you actually taken the time to think thru the ramifications of Constitutional challenges?  For example, I started to wonder what the military commanders would have to do when they found out that The One is not an American.  Do they arrest him?  Who becomes the President?  Is this the reason why the Pentagon and other official military information systems keep showing up on my site everytime I publish anything that has to do with The One’s BC? (To the military now on my site – please remember the oath you took to protect our Constitution against all enemies; foreign and domestic.)

Annie Sweetie Oakley left a great link and I thought it would be good to share some of the thoughts with you.

Controversy continues to surround President-elect Barack Obama’s eligibility to serve as president, and a case involving his birth certificate waits for its day before the U.S. Supreme Court. A constitutional lawyer said were it to be discovered that Mr. Obama is not a natural-born U.S. citizen, it would have grave consequences for the nation.

According to the Constitution, a president must be a natural born citizen of the U.S. Mr. Obama’s critics have failed to force him legally to produce his original birth certificate, and Mr. Obama has resisted any attempt to make him do so. Currently, only Hawaii Department of Health officials have access to Mr. Obama’s original records.

Some of Mr. Obama’s critics have said he was born in Kenya and have claimed he is a citizen of Kenya, Indonesia, or even a British subject.

Edwin Vieira, a constitutional lawyer who has practiced for 30 years and holds four degrees from Harvard, said if it were to be discovered Mr. Obama were not eligible for the presidency, it would cause many problems. They would be compounded if his ineligibility were discovered after he had been in office for a period of time.

“Let’s assume he wasn’t born in the U.S.,” Mr. Vieira told The Bulletin. “What’s the consequence? He will not be eligible. That means he cannot be elected validly. The people and the Electoral College cannot overcome this and the House of Representatives can’t make him president. So what’s the next step? He takes the oath of office, and assuming he’s aware he’s not a citizen, then it’s a perjured oath.”

Any appointments made by an ineligible president would have to be recalled, and their decisions would be invalidated.

Mr. Vieira said Obama supporters should be the ones concerned about the case, because Mr. Obama’s platform would be discredited it he were forced to step down from the presidency later due to his ineligibility, were it to be discovered.

“Let’s say we go a year into this process, and it all turns out to be a flim-flam,” said Mr. Vieira. “What’s the nation’s reaction to that? What’s going to be the reaction in the next U.S. election? God knows. It has almost revolutionary consequences, if you think about it.”

Mr. Vieira said Mr. Obama’s continued silence and avoidance in the release of his birth certificate is an ethical issue because of the dire consequences that could be caused by a possible constitutional crisis.

“If he were my client and this question came up in civil litigation, if there was some reason that his birth status was relevant and the other side wanted him to produce the thing and he said ‘no,’ I would tell him, ‘you have about 15 minutes to produce it or sign the papers necessary to produce the document, or I’m resigning as your attorney,” said Mr. Vieira. “I don’t think any ethical attorney would go ahead on the basis that his client could produce an objective document in civil litigation [and refused to do so].”

Further, Mr. Vieira cited a fraud ruling in a 1977 case called U.S. v. Prudden, which he feels applies in this case.

“Silence can only be equated with fraud when there is a legal and moral duty to speak or when an inquiry left unanswered would be intentionally misleading,” the ruling reads. “We cannot condone this shocking conduct … If that is the case we hope our message is clear. This sort of deception will not be tolerated and if this is routine it should be corrected immediately.”

Mr. Vieira said such an ethical question of representing a client who refused to produce such a basic document is important, even in a small civil case. The current question is concerning the man who potentially could have his finger next to the nuclear button.

Mr. Vieira explained all laws have to be submitted to the president. In the event that there is no valid president, then no laws passed by Congress in that administration would be legally null and void. Because of that, this case will probably not go away, even after Mr. Obama takes the oath of office.

“If you don’t produce it, you think it’s going to go away,” he said. “There are all these cases challenging Mr. Obama, and some challenging secretaries of state, and they run into this doctrine called standing.”

Mr. Vieira explained although legal standing is difficult to get around in Federal courts, the document could be produced in any criminal cases stemming from legislation passed in the Obama administration.

“Let’s assume that an Obama administration passes some of these controversial pieces of legislation he has been promising to go for, like the FOCA (Freedom of Choice) Act,” said Mr. Vieira. “I would assume that some of those surely will have some severe civil or criminal penalties attached to them for violation. You are now the criminal defendant under this statute, which was passed by an Obama Congress and signed by President Obama. Your defense is that is not a statute because Mr. Obama is not the president. You now have a right and I have never heard this challenged, to subpoena in a criminal case, anyone who has relevant evidence relating to your defenses. And you can subpoena them duces tecum, meaning ‘you shall bring with you the documents.’ ”

Such a criminal defense would enable the defendant to subpoena any person to testify in court and any person to bring evidence in their possession to the court.

Further, records could be subpoenaed directly, in the case of a birth certificate. Once the record could be subpoenaed, the birth certificate could be examined by forensic experts, who would then be able to testify to the document’s veracity as expert witnesses. Any movement by the judges to make a special exception to the president in a criminal case would hurt the legitimacy of that presidential administration.

“I can’t believe I’m the only lawyer who would think of this,” said Mr. Vieira. “I think any criminal lawyer defending against one of these politically charged statutes is going to come up with this. That means it will never go away until that document is laid down on the table and people say, ‘yes, there it is.’ And therefore they’re caught. If people keep challenging this and the judges out of fear keep saying ‘no, go to jail, go to jail, go to jail’ then that’s the end of the Obama administration’s legitimacy. On the other hand if they open the file and it’s not there, then that’s really the end of the administration’s legitimacy.”

I do not know how you feel about this, but the media blackout and the Anthrax testing is still pointing to this being a truer issue than just some tinfoil hat idea…

Bad Behavior has blocked 1905 access attempts in the last 7 days.