PUMAs Did Their Job…Republicans…Not So Much 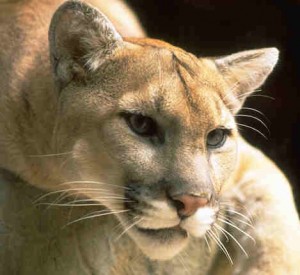 Well PUMAs, we did our job.  We phonebanked, we knocked on doors, we canvassed, we wrote, we gave money, we voted for the McCain/Palin ticket…in short, we did what we set out to do, and we did it in droves.  This, of course, begs the question “Why Did Obama Win?”  It seems there were definitely enough of us to swing this election, but the republicans decided that they were going to just sit this one out.

Over the course of this march toward electing a true American hero with wisdom and experience, I have had the pleasure of striking up friendships with conservatives; not something I would have done 2 years ago.  They have reiterated what I wrote earlier and are more than a little disappointed with their party members for selling the country down the river.

Paul Marston of the Marston Chronicles earlier posted an article titled How Big Is The PUMA Factor showing exactly how many PUMAs and in which states it would take to move this election to John McCain.   In his latest article, Republicans Stay Home So Obama Wins, he states:

As usual, the media has missed the huge story of this election. Their story is that Obama registered huge masses of new supporters and got them to the polls. At first, that was what I thought, but that is not the key factor. I was expecting the highest percentage turnout in 100 years amounting to 130,000,000 voters, but instead as of 5:00 PM EDT, 121,146,964 people voted for Obama or McCain. In 2004, 121,069,054 people voted for Bush or Kerry. Hence in a hotly contested election in which a fortune was spent on the race, there was no big surge in voter turnout. The population is bigger and the number of registered voters is larger than in 2004, yet just about the same number of people voted. What are we to make of this? We know that a higher than normal percentage of minorities and under 30 youths turned out pushing up the Democratic votes. We know that about 15% of Democrats who voted for Hillary Clinton voted for McCain-Palin (the PUMA voters). So how are we to explain the results? The conclusion is inescapable. The Republicans stayed home in droves. Obama did not win the election, the Republicans gave it to him by not getting out and voting.

For those of you who have been following my previous articles, you know I was predicting a McCain-Palin landslide in the electoral votes based on the P.U.M.A. Factor. Since these disgruntled Hillary supporters would normally vote Democrat, that should have been enough to tip the balance in the key states. I even allowed for a huge turnout because of Obama’s vaunted ACORN express in my calculations so as not to underestimate the number of PUMA voters required. I have been doing this for 45 years and have never been wrong before. It goes without saying that when the results were widely different from what I predicted, I wanted to know how I could be so wrong. At first I thought it was because the PUMA voters did not turn out and vote for McCain-Palin but they clearly did. Then I thought that it was because Obama got millions of new voters to the polls and simply swamped the PUMA factor.

It was only when the turnout figures became available that I had to discard that theory. If the usual number of people voted yet more Democrats than normal turned out and there a sizable number of PUMA voters voting Republican, how could McCain-Palin have lost? When the results were staring me in the face, I was totally shocked. The smaller turnout meant that even fewer PUMA voters were required in the key states than I had calculated so McCain-Palin should have done even better than I predicted. Naturally my predictions were based on a normal Republican turnout. Who would have ever thought that the Republicans would fail to turn out in this election? While I am still busy trying to wipe the egg of my face, I am also extremely curious as to why so many Republicans stayed home. I imagine that I am not alone in wondering that at this point.

I personally have my own theory about why the Republicans stayed home.  Occam’s Razor:

a principle named after William of Occam, a 14th century philosopher. The generalization states that, if there are a number of explanations for observed phenomena, the simplest explanation is preferred. Called also scientific parsimony.

Republicans stayed home because they wanted Obama to win.  The next question is a bit harder, but I am willing to take a stab at it.  I believe they stayed home because they believe that in 2 years they will be able to take back both the House and the Senate due to a liberal left wing agenda being shoved down American’s throats (just like the primaries and this general election) by the Congress and the White House.  They also believe that the President Elect will create such a black hole of chaos in this country, they will be able to take back the White House in 2012.  All of that being said, buckle up folks, we are in for a very rough ride and you have not seen anything yet.

I hope a continuing falling stock market, the new jobs loss report coming out later today, the big 3 car companies new $25 Billion Bailout, and whatever new violence that erupts in the world today do not interfere with the President Elect’s planning of his week long coronation festivities.