Anybody Remember This Document? 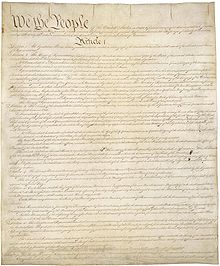 The President Elect has his new website up and running; Change.gov. Just wanted to get that out of the way and tell my readers that I have been poking around off and on for about 18 hours.  Found something interesting:

“When you choose to serve — whether it’s your nation, your community or simply your neighborhood — you are connected to that fundamental American ideal that we want life, liberty and the pursuit of happiness not just for ourselves, but for all Americans. That’s why it’s called the American dream.”The Obama Administration will call on Americans to serve in order to meet the nation’s challenges. President-Elect Obama will expand national service programs like AmeriCorps and Peace Corps and will create a new Classroom Corps to help teachers in underserved schools, as well as a new Health Corps, Clean Energy Corps, and Veterans Corps. Obama will call on citizens of all ages to serve America, by developing a plan to require 50 hours of community service in middle school and high school and 100 hours of community service in college every year. Obama will encourage retiring Americans to serve by improving programs available for individuals over age 55, while at the same time promoting youth programs such as Youth Build and Head Start.

I suggest that if you do not have a copy of this document and the attached amendments; GET ONE!

The Thirteenth Amendment to the United States Constitution officially abolished and continues to prohibit slavery, and with limited exceptions, such as those convicted of a crime, prohibits involuntary servitude. It was adopted on December 6, 1865.

I will continue to poke around the President Elect’s site and bring you more news as I find it.
Also, if anyone has the video of The One’s Wife in Canton, Ohio the weekend before the election saying that Seniors will have to work for their Social Security benefits – please email me at diamondtiger12@gmail.com.  I am still looking for it…and I know it’s out there.