PUMA POLITICS: After Ignoring The Polls, Ignore The Exit Polls 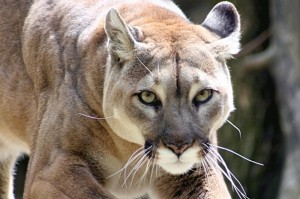 
So we know that the polls factor in the Bradley Effect, but not the PUMA Effect.  I have been telling everyone that will listen not to believe the polls because they HAVE NO IDEA what is going on, and when you add in WHO actually shows up to vote and in what numbers, once again, NOBODY KNOWS what is going to happen.

I have also been telling all the PUMAs I know that I do not believe we will actually know who the President is on November 5th due to ACORN, Voter Fraud, Voting Machine Failures…blah, blah, blah.  It could be that middle of December b*llsh*t all over again.  Given that, DO NOT BELIEVE WHAT CNN, MSNBO, ABC, NBC, or THE PRINTED WORD says about the exit polls…..and here is why…….

As we have seen in previous election cycles, the exit poll results do leak early and that ends up influencing the coverage of the race before even the first state polls close at 6:00 PM Eastern.

However, we want to remind the campaign that the media’s own post-election study of the exit polls in 2004 showed that the exit polls overstate the Democratic candidate’s support. Therefore, we would discourage a rush to judgment based on the exit polls and wait until there has been a representative sampling of actual tabulated results from a variety of counties and precincts in a state.

Here are the key points to keep in mind when the exit poll data starts being leaked:

1. Historically, exit polls have tended to overstate the Democratic vote.

3. The exit polls have tended to skew most Democratic in years where there is high turnout and high vote interest like in 1992 and 2004.

4. It is not just the national exit poll that skews Democratic, but each of the state exit polls also suffers from the same Democratic leanings.

After the 2004 election, the National Election Pool completed a study investigating why the exit polls that year showed John Kerry over performing 5.5 net points better than the actual results showed him to have done. Their conclusion was that the primary reason the exit polls was that Kerry voters and Democrats were more likely to participate in the exit polls.

“Our investigation of the differences between the exit poll estimates and the actual vote count point to one primary reason: in a number of precincts a higher than average Within Precinct Error most likely due to Kerry voters participating in the exit polls at a higher rate than Bush voters. There has been partisan overstatements in previous elections, more often overstating the Democrat, but occasionally overstating the Republican.

We believe that this will hold true this year. The recent Fox News survey showed that 46% of Obama voters said they were very likely to participate in the exit polls, while just 35% of McCain supporters are.

In fact, even the 2004 exit poll report noted that higher turnout nationally and higher levels of voter interest in both 1992 and 2004 correlated with greater Within Precinct Error.

So given that turnout is expected to be even higher than 2004 and that Democrats are more likely to participate in the exit polls, this means we should expect greater fluctuation and variation in the exit polls from the actual election results.

Based on the previous exit poll results, we should expect once again that Tuesday’s exit poll data could overstate the Obama vote and under represent the McCain vote.

It is important that the campaign make sure the media realizes this, so that when the exit polls do leak, people do not overreact to the early exit poll data. Rather than looking at the exit polls, we should wait until we start seeing actual election results from key precincts and counties to gauge who won the election.