Today’s Are You Freakin’ Kidding Me? Award 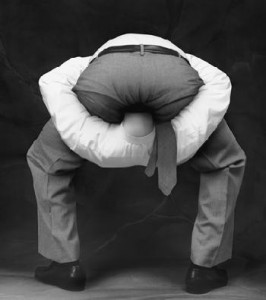 Goes to this riot inciter over at Global Research for this dandy item of provocation:

A McCain “Win” Will Be Theft, Resistance Is Planned:

If your television declares John McCain the president elect on the evening of November 4th, your television will be lying. You should immediately pick up your pre-packed bags and head straight to the White House in Washington, D.C., which we will surround and shut down until this attempt at a third illegitimate presidency is reversed.

For my friends in DC, get out now…don’t wait…either way this goes down, you are frakked.  This election night is going to be Mardi Gras Meets Watts.  Is that racist?  Oh, I forgot, I am a racist because I will not vote for “The One”.

A McCain “win” will not be illegitimate because I disagree with his policies, but because he himself has rendered it illegitimate. He and his campaign and allied supporters have sought to illegally remove hundreds of thousands of voters from the rolls, fraudulently registered people as Republicans without their knowledge and against their will, obstructed voter registration drives, falsely warned students against voting where they attend school, falsely accused community groups of voter registration fraud, falsely alleged the widespread existence of voter fraud, and encouraged supporters to falsely believe McCain’s opponent is a foreign terrorist through speeches, recorded phone messages, and flyers. Already in early voting in a number of states there have been cases of votes on electronic machines visibly flipping to McCain or McKinney when intended for Obama. We will see McCain supporters on November 4th challenging people’s right to vote, seeking to force people to vote on provisional ballots, and seeking to have provisional ballots discarded. And we will see electronic vote counts wildly out of step with the most recent polls, although not with exit polls — which we will be denied any access to unless they have been “adjusted” to match the official counts.

Does it not sound like this guy is part of the actual Obama Team spouting all the ways they rigged the primaries and now the general?  You know it’s bad on the Obama side when all they have left is this to  write about.  How do you bash a P.O.W. and a Reformer Governor with the best rating of any governor in the union?  How do you make this team of mavericks with an actual American Agenda look bad? How do you bash a vice-presidential candidate that probably has forgotten more about energy than most of Congress knows?  You write about the Republicans stealing the election that was actually hard fought by Republicans, Indies and ALL THE FORMER DEMS THAT ARE PISSED AT THE CORRUPTION (MARXISM) IN THEIR OWN PARTY and do not wish the US to be called the People’s Republic Of America.

David Swanson, you are an idiot-child.

Inciting your supporters to violence with racist and religious lies about your opponent, effectively alleging treason on absolutely no basis, should be enough, alone, to disqualify a campaign for the presidency of the United States. Working to block voters from registering should be enough on its own. Any of the dozens of creative forms of vote suppression currently being used by the Republicans should be enough. And allowing votes to be counted on completely unverifiable machines owned and controlled by corporations allied with your party should make the results illegitimate even if plausible. If McCain is declared the “winner,” it will not be plausible, but at this point he has so disgraced himself and our electoral system that he is no longer a legitimate candidate for president regardless of what the polls (themselves fallible, but all we’ve got) say just before election day. Too many people have already been denied the opportunity to even push the buttons and have their votes miscounted. Too much incendiary slander has been let loose. Too much visible vote flipping has already been documented.

“…effectively alleging treason on absolutely no basis…”  No basis?  Obama had me thinking that he was not qualified when I found out that he was hiding, of all things, his birth certificate.    I do not know about you folks, but everytime you need any kind of important documentation in this country, a person needs to PRODUCE A BIRTH CERTIFICATE!  (and for those of you that wish to know; my Governor here in Hawaii has sealed Obama’s Birth Certificate until he requests it himself – go here.  BTW, Governor Lingle is not stupid.) I did not think being the President of the United States and the Leader of The Free World is a under-the-table kinda job.  Of course, I have not spent any time in Chicago either.  And then there is this “Inciting your supporters to violence with racist and religious lies about your opponent,…” Are You Freakin’ Kidding Me? AGAIN!!!  Whose supporters are violent?  Whose supporters are killing pets, burning homes, and vandalizing McCain supporters homes?  Yes, David, let’s give the Borg Collective permission to continue, and escalate the violence, shall we?


You, David Swanson, are a certifiable, complete moron for writing this bat guano and inciting violence over what is actually going to be a step forward for our country, and for this you are receiving the Monster Are You Freakin’ Kidding Me? Award.

No Bush, No Obama….more like each other than the liberals want to admit.