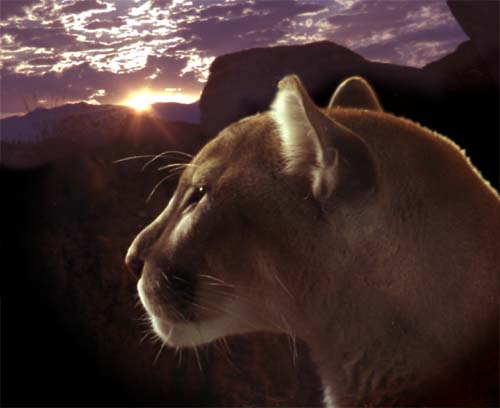 To paraphrase Sean Hannity, “let your hearts not be troubled”.

Does quoting Sean Hannity make me a right wing republican?  Some would say yes, but my readers know better; I am non-partisan and shop for the best candidate when it comes to elections.  I also do my homework; as should we all.  I do not believe that Barack Obama is winning; in fact, I believe he is losing and that is why he is off to Hawaii to cover his bases and Mishy is campaigning instead of being at Grandma’s deathbed.


Earlier today, I thought it was time to write this post about ignoring the polls and not letting the Borg Collective get you down with their second wave of voter suppression tactics.  I spoke with a couple of friends that are in the thick of the fight and are getting worn down by “All Obama, All The Time”.   This evening, lo and behold, the collective unconcious is operating at light speed.  American Thinker has just posted an excellent article about this very subject, and I could not have done a better job if I tried.  I have shameless reprinted the article.  I am sure American Thinker will get back to me if there is a problem.


Despite there being an entire cottage industry devoted to exposing the liberal bias of the mainstream media, Republicans and conservatives continue to allow themselves to be unduly influenced, and even demoralized, by what they read and hear in the big city newspapers and on network television.

Yes, PUMAS, You Know Better!  Did we not go thru the primaries with this kind of inundation happening?  Did they not tell her to quit a bazillion times.  Have they not told Sarah to quit also?


What are they reading and hearing?  That Barack Obama will be the next President of the United States.  It’s inevitable.  It’s his election to lose.  What proof does the media offer? Public opinion polls that supposedly show Obama “winning” the race.  (But see here and here.)  The thousands of devoted supporters who attend Obama’s rallies.  The legions of blacks and young people who are more “inspired” than ever to vote for a candidate who understands their needs and interests.  Etc.  We all know the story by heart by now.

This is the “narrative” that the mainstream media has been imposing on this year’s presidential campaign almost from the start.  Remember how quickly the MSM jumped off the Hillary Clinton bandwagon and onto Obama’s?  Remember how annoyed and angry they became as Hillary refused to concede the nomination?  The MSM decided that electing the nation’s first black, socialist, anti-American president was politically and historically more important (and, for them, more exciting) than electing the nation’s first female, socialist, patriotic president.  And they are doing everything they can to achieve this goal. (emphasis mine.)


Well, there is another story out there that the MSM refuses to address.  A huge story.  One that could, and I think will, significantly affect the outcome of this race.  I’m referring to the widespread phenomenon of registered Democrats openly supporting John McCain.  There are numerous “Democrats for McCain” type organizations.  There are numerous websites and blogs written by Democrats touting McCain’s candidacy.  There are pro-McCain grassroots efforts being led by Democrats.  And we all know friends or relatives who are Democrats, who voted for John Kerry in 2004, and who are no fans of President Bush – but who are going to vote for John McCain this year.

Yet, surprise surprise, the mainstream media is not talking about these voters, not talking about the real rift that is occurring within the ranks of the Democratic Party.  Needless to say, if a similar rift were occurring in the Republican Party, it would be treated as the major story that it is.   (Indeed, as such stories about the political fault lines in the Republican Party have been treated in the recent past.)

The MSM is not talking about Obama only having 80% of the Dem base voting for him.  This assures his loss.


Who are these pro-McCain Democratic voters?  They overwhelmingly tend to be former Hillary supporters.  Perhaps the most well-known of these voters are the “PUMAs” – which stands for Party Unity My Ass.  These are Hillary supporters who are adamantly opposed to Obama.  Let’s not forget that during the Democratic primaries – real elections, not polls – Hillary crushed Obama among white working-class and middle-class voters in such key states as Ohio, Pennsylvania, and West Virginia.  If a meaningful number of these voters end up voting for McCain, as I predict they will, then Obama’s smooth road to the White House is going to run smack into a brick wall.

Remember NH when Obama was ahead in the polls by 10 points and lost by 2?


Earlier this week, I attended a John McCain campaign event in New York City.  There were several Democrats in attendance.  Not only people who are registered Democrats, but party leaders and workers who had been actively involved in Hillary Clinton’s campaign.  Indeed, the gentlemen who “keynoted” the event was a former publisher of the left-wing Village Voice magazine and a veteran of the Robert Kennedy, George McGovern, and Jimmy Carter campaigns.  Hardly a right-wing conservative.  He gave one of the best stump speeches I have heard why Barack Obama should not be elected president.  (It comes down to not trusting Obama to keep the United States safe and strong in a dangerous world and rejecting Obama’s “government knows best” attitude when it comes to domestic issues.)  Another person I met at the event was a sprightly elderly woman who manned telephones for Hillary for five months, and now is supporting McCain.

There is nothing remotely similar to this taking place among Republicans.  (No, Christopher Buckley endorsing Obama is not the same thing at all.)

Some more anecdotal evidence of a lack of support for Obama among Democrats:  I live in the Upper West Side neighborhood of New York City.  You cannot find too many places in the country that are more liberal than that.  Walking around my neighborhood during the 2004 presidential campaign, I felt “assaulted” on all sides by Kerry-Edwards buttons, bumper stickers, and posters.  This year, there clearly is not the same level of outward support for Obama.  It is remarkable (and welcome).  Will most of the people in my neighborhood vote for Obama on election day?  Of course.  Will Obama win New York?  Almost certainly.  But the lack of enthusiasm for Obama among these Democrats, who I’m sure would be going gaga for Hillary, speaks volumes about Obama’s true prospects for victory this year.

The point is simple:  Don’t believe the Obama hype coming out of the mainstream media. If the media were truly objective and unbiased, they would be covering the race much differently.  Instead of trying to browbeat the country into voting for Obama, they would be analyzing the issues and factors that favor and disfavor both candidates.  Instead of focusing on college students and intellectuals, they would be focusing on working-class and middle-class voters, especially “Hillary Democrats.”  These voters may very well determine the election.  Yet this huge story is being ignored by the MSM.

Furthermore, the media would not so consistently confuse intensity of support for breadth of support.  Granted, Barack Obama’s supporters tend to be more enthusiastic about their candidate than John McCain’s supporters are about him.  Leftists are always looking for their earthly messiah.  But this does not mean that Obama’s supporters, come election day, will outnumber McCain’s.  Whether in support of McCain or in opposition to Obama, I predict these voters will go to the polls.  Contrary to the wishful thinking of Democratic pundits, they are not staying home.  These voters may be unexcited, but they are not apathetic.  And 51% of “unexcited” voters will defeat 49% of even the most “inspired” voters.  Every time.

Of course, we all know what the mainstream media’s “narrative” will be if (I believe, when) John McCain wins the election:  The American people refused to vote for Obama because of the color of his skin (and not because of the content of his politics).  The “right-wing attack machine” scared voters into voting for McCain, even against their own social and economic self-interest.  Black and poor voters were intimidated by Republican thugs and prevented from voting.  We know this story by heart as well.

So be prepared.  In a few more weeks, the political environment in this country is likely to become a heckuva lot nastier.  For there are real signs pointing to a McCain victory this year, whether or not the mainstream media wants to acknowledge them.

I have read in various blogs ranging from PUMA to Conservative Republican that a vacation in the country for a week starting with election day might be a really good idea.  I live in a small town where people are too busy surfing and fishing to bother with violence.  Mainland? Not so much….