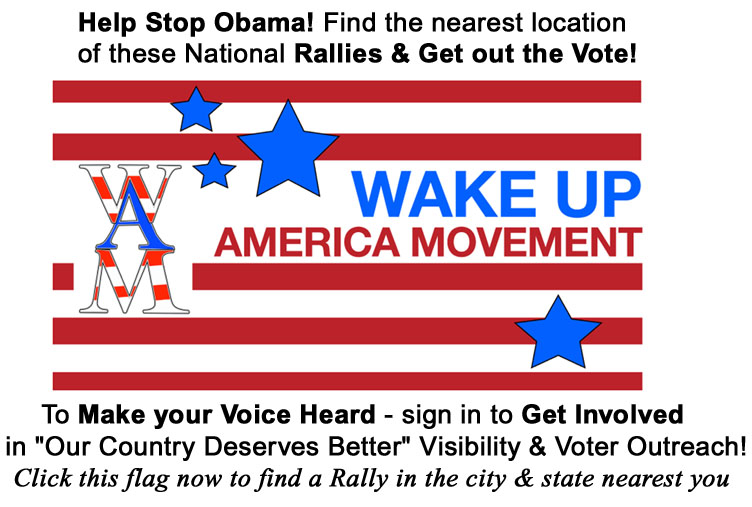 Time to get moving folks!  Go to Wake Up America and Sign up to fight this socialist that is trying to take over the American Dream and tell you how he is going to spend your money!

Blog the link to this post everywhere you can.  An Obama Regime must be stopped.  I have spent the last 5 days knee deep in research from some of the best PUMAs and NOBAMAs that shows the radical socialist associates and philosophy of this candidate going back at least 23 years.  Look for an upcoming post VERY SOON!

Joe The Plumber has something to say about socialism too!

The Obama campaign continues to press the viability of its vote fraud in Ohio – as they maintain the same pattern for which they became infamous during their primary campaign.

Their formula is simple –
1) Continue to vocalize broad sweeping lies.

2) Continue to run recordbreaking media ad campaigns which do the same.

3) Rush early voters to cast their  ballots in all  eligible states before more people learn the truth about Obama.

4) Perpetuate a massive “bandwagon effect” through skewed poll results to demoralize
and disempower all opposition of their hostile takeover of our democracy.

5) And finally, respect no vote, no voter, no candidate-since winning is everything and ethics mean nothing.It’s time for all of us in the Stop Obama movement to take it to the streets!
Join Wake Up America and Our Country Deserves Betterin a historic cross-country Visibility  and Voter Outreach effort.
Sign in now to participate – let’s tell the American people the truth
and show the media how many of us there really are! Come to W.A.M. site to find the Our Country Tour city/state nearest
you – and sign in to Get Involved – for Voter Outreach hand-outs
to pass out at the Rally. You make a difference. Make your voice heard!
http://www.wam08.org/TakeaStand.html