Character and Judgement or Can I Have My ***** Back? 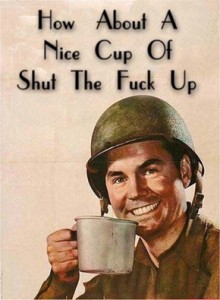 Something happened last night that not too many people have picked up on due to all the hullabaloo about Joe the plumber.  Gumby whining again, and this time it is about Fox not being in the tank and his poll numbers reflecting it.  Oh, too freakin’ bad junior.  Go back to Chicago.  Never should have gotten down off the porch to play with the big dogs.  Charater and Judgement….BWAHHHHHHHHHH!!!!

Up until this election cycle I NEVER watched Fox News; never.  It is a common theme among PUMA and Nobama bloggers.  We, for the most part, did not watch Fox News because it is considered to be the Right Wing Republican News Station.  Then the primaries happened and we all realized after a short time that MSNBO, NBC, CNN, CBS and the MSM press were in the tank for the Obamanation and pushing his candidacy as hard as they possibly could to reach as many sheep as possible with koolaid laced animal feed.  We switched over to FOX to see if the same phenomenom was happening there, and lo and behold, we found FOX to be somewhat fair and balanced.  All of these statements pretty much apply to Karl Rove and Newt Gingrich.  Yes, we still hold them responsible for massive amounts of stupidity being perpetrated against our great country, but by in large, in this election cycle they have been speaking the truth about the Obamanation.

I watch Neil Cavuto everyday because he has great guests, i.e. Lady Lynn, Harriet Christian, Joe (the plumber) and because he and I share the same views of the economy and the freakin’ bailout that my child and his children will be paying for.  Neil and Karl had a great exchange:

and then some common sense:

Better ask Mishy to give you your “equipment” back Gumby.