Must Read For All Americans and Monster Readers 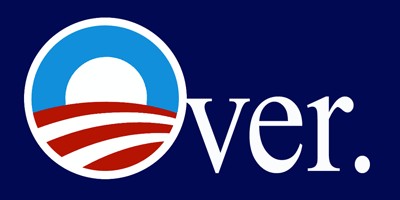 Monster readers must go here and read this incredible article by Hillbuzz.  Most of you have probably read it already, but for those stopping by and/or newbies, this will put the whole situation into perspective.  For those of you that do not know what RICO stands for, I will save you the time of googling it.

Republicans and centrist Democrats are joined together on this effort to get the truth out about Obama before the November election. We firmly believe in McCain’s victory and do not believe it hinges on any developments with RICO.  The polls, in our opinon, are wrong, and the internal numbers we see coming out of NC, VA, PA, OH, IN and FL show McCain wins in all of those states (there is no mathematical possibility for Obama to win without taking PA, OH, or FL). We believe after McCain’s win there will be a continued prosecution of Obama and members of the Democratic party for voter fraud under RICO statutes in the months and years ahead. ACORN and leftist Democrats have gone too far this time — for years ACORN has engineered deliberate election fraud using taxpayer dollars funneled to it by Democrats. This time, with both Democrats and Republicans joined against them, ACORN Is going down…and we believe it will ultimately take Obama, Axelrod, and most of today’s Democratic leadership down with it.

There IS a RICO investigation of ACORN and the Obama campaign underway – this has now been established by the mainstream media. Right now it’s rumored here in Chicago that Patrick Fitzgerald is heading it (confirmation on that has not come yet). There is a lot of activity in Chicago right now, with a lot of IRS agents looking into the finances coming in and out of this city, and across state lines (this was established on Monday when the GOP issued emergency press releases that much of Obama’s campaign contributions could very well be illegal foreign contributions – what appears to be deliberately poor record keeping designed to hide the true identities and monetary sources of online donors is at issue here). We see in 15 states now that ACORN is being busted for attempted voter fraud, and for fraudulent, illegal voter registratons in the hundreds of thousands, if not a million. The article below states, and we have confirmed this with people who know for sure, that the people who gathered evidence of Obama’s fraud and voter intimidation techniques during the primaries against Hillary Clinton are sharing everything they have with the Republican Party and the federal government.